The "Bojotar" is part resonator guitar, part electric guitar and part banjo and was invented by Bow because the instrument he needed to make the sound he wanted just didn't yet exist. Bow explains, "It had become more and more apparent to me that I was a frustrated guitar player trying to play banjo. Or a banjo player trying to play it more like a guitar. Either way, I like to play slide, I like to play banjo rolls, I like to finger pick, and flatpick, sometimes all in one song. I also love to experiment in alternate and open tunings. So by sheer necessity, I created this instrument, which does all of this. I think I may have found something here... and it appears the Eastwood Guitar Company is just crazy enough to agree."

The instrument has a chambered guitar body with a resonator, two pickups - a humbucker by the neck and a Piezo under the resonator's biscuit - and a three knob blending system that allows for many different varieties of tone. Bow removed the low E string of a standard guitar by cutting the neck down to the fifth fret and replacing it with a drone string like a banjo, leaving it with an extra low note that a 5 string banjo does not have. This hybrid can be tuned to an open G, just like Keith Richards, or any other open tuning you want to explore. Bow plays it with a flat pick and two finger picks on his middle and ring finger, but the sky is the limit here. The Bojotar can be played with a banjo roll, strummed, or as a single note pick. Or with a blues finger style and a slide riff - all in one tune if you wish. Bow also plans on adding a B string bender to, as he puts it, "get into the world of some pseudo-pedal steel licks."

Purchase your own Bojotar from Eastwood Guitars 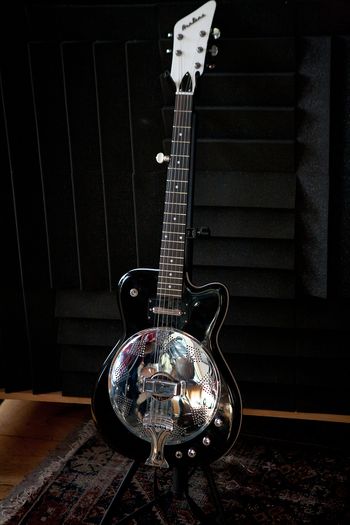 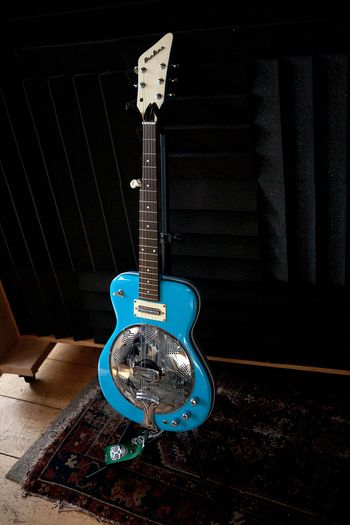 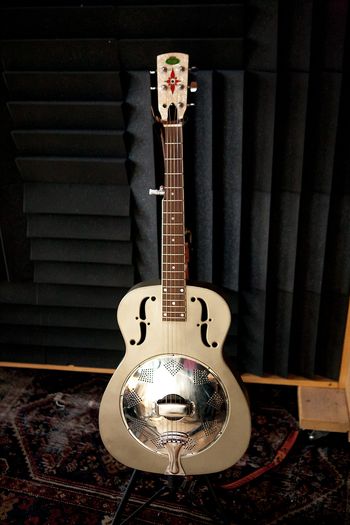 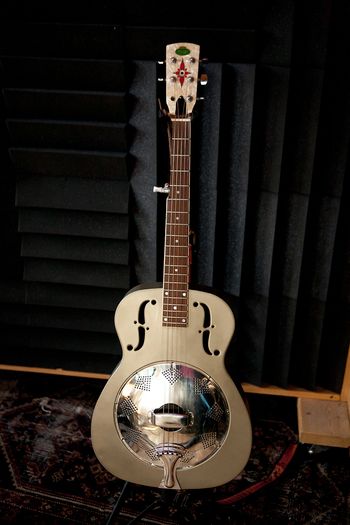 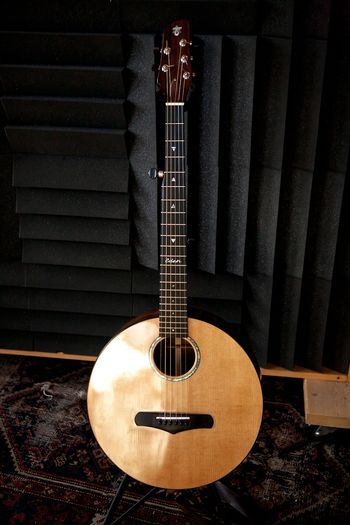 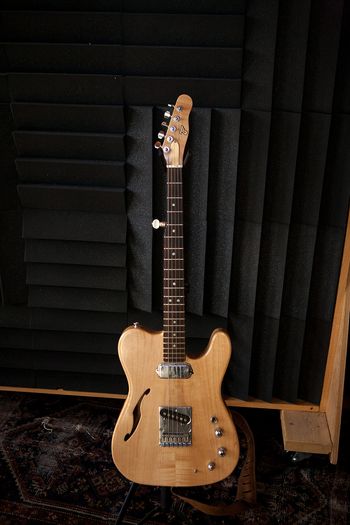 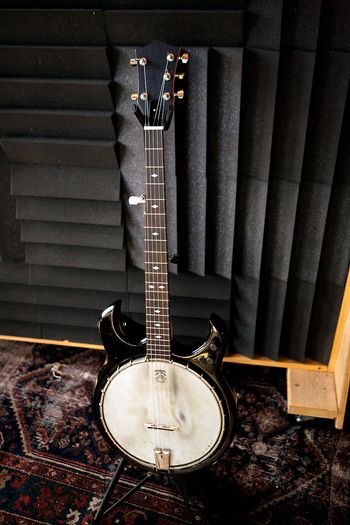 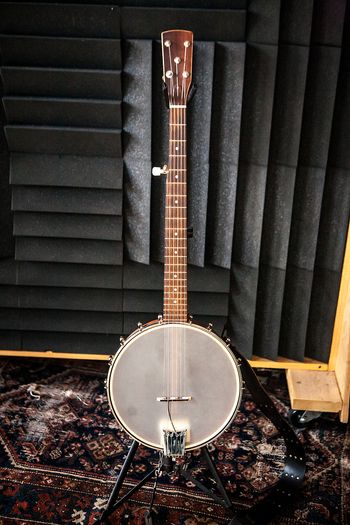 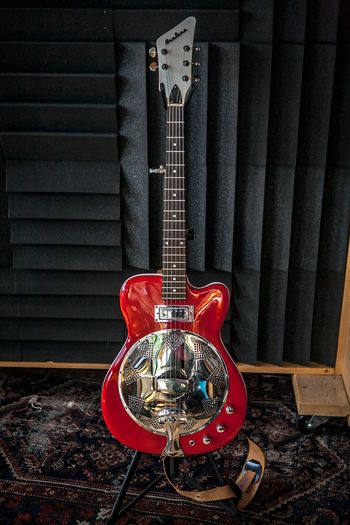